One of the liquid phases of the two-phase system is used as a stationary liquid phase: it is fed into the column (the rotor) while the latter is spinning at moderate rotational speed. The stationary phase is retained inside the rotor by the centrifugal force generated.

The second phase of the two-phase system is used as the mobile phase containing the solutes to be extracted. It is fed under pressure into the rotor and pumped through the stationary phase.

Both phases are mixed together. It is at that time that the exchange of molecules between the two phases occurs. The separation of the solutes is achieved as a function of the specific partitioning coefficient (Kd) of each solute between the mobile and stationary phases. The mobile phase then decants at each cell outlet thus entering the next cell.

The eluted fractions of the mobile and stationary phases are collected over a period of several minutes to several hours. These fractions, or eluates, will contain the individual purified solutes.

Centrifugal Partition Chromatography can be used for:

Because there is no packed solid phase required, Centrifugal Partition Chromatography and the FCPC range offers many benefits:

IDEAL FOR EASY SCALE UP 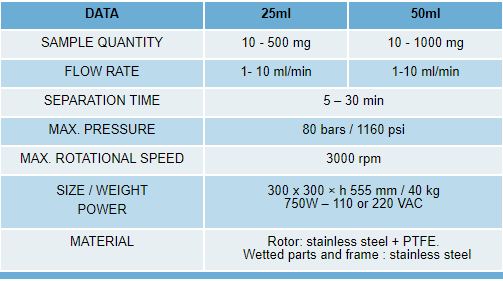 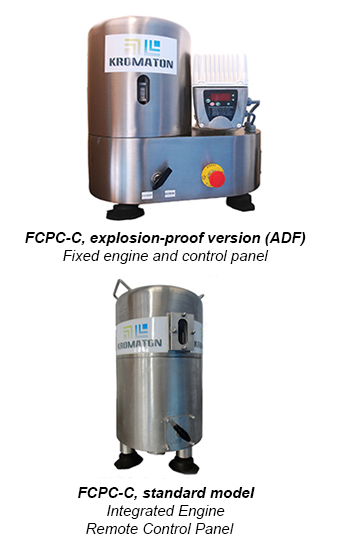 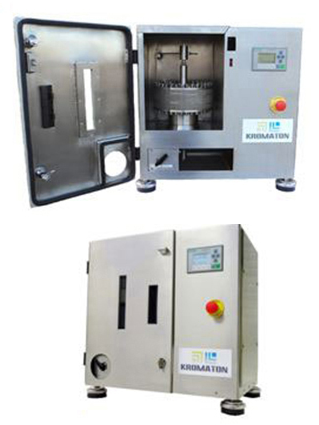 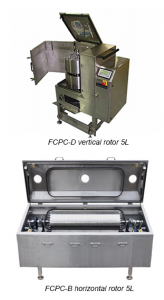